Is Loyalty Hurting Your Salary? 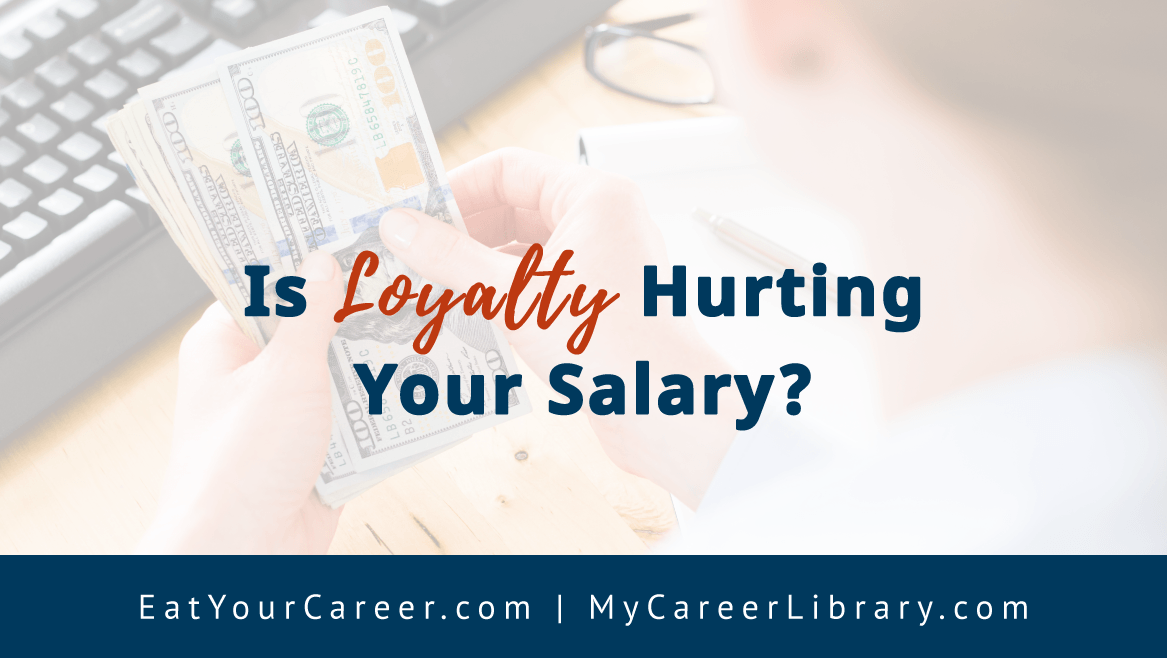 Most of us were raised to believe that loyalty is a good thing that will be rewarded. But in the professional world, this often isn’t true. In fact, the longer you stay with one employer, the more you could be missing out financially. Keep reading to learn more.

According to Business Insider, the salary gap between new hires and current employees is 7% nationally and this is “inverted.” Meaning: New employees earn approximately 7% MORE than existing employees in comparable positions. (Business Insider also states that the gap ranges widely depending on the job.)

This data is especially important right now during what has been called “The Great Resignation,” where a record number of employees are walking away from established positions to find greener pastures elsewhere. In many cases, these folks are not only negotiating more than they were earning previously, but more than their new colleagues as well.

The loyal employees who are NOT leaving are getting the short end of the stick. A lagging salary can impact your earning potential for many years to come.

A lot of people find this information surprising. After all, shouldn’t a current employee earn more? Once you’ve demonstrated your value in a role, shouldn’t you be “worth” more than someone who is unproven? In a perfect world, YES.

But here’s the imperfect reality: It takes a lot to launch a job search. It’s risky, right? There’s no guarantee that your next job is going to be better than your current one. And your company knows that. They are betting that you, the established employee, aren’t going to take that risk—that you’d rather stay where you are, even if you could possibly earn a little more elsewhere, just to be safe.

They’re also willing to pay a little more for a new employee because they know that person can easily go anywhere. They are currently a free agent and competition for top talent is fierce, especially right now.

Of course, given today’s job market, this is a short-sighted approach. Companies with this mindset are likely to encounter even greater turnover in the end. Consequently, many forward-thinking companies are re-evaluating salaries of current employees and are more willing than ever to renegotiate compensation (dollars or benefits) or offer “staying” bonuses.

This means that loyal employees have incredible power right now. Don’t waste it! If you’re generally happy where you are but concerned about this salary discrepancy, it may be time to broach the topic with your manager. Believe me, leaders are already thinking about this a lot.

Just be sure to prove your case based on merit. Economic factors do indeed play a role, so do your research and take supporting evidence with you. But primarily, it’s better to focus your attention on the value you’ve contributed (and will continue to contribute as a loyal employee) and why that is worthy of a pay increase.

Though this topic is getting a lot of attention lately, salary inversion is not a new thing. As a career coach, I have often found that changing jobs provides greater financial opportunities.

This is especially true when your role has changed dramatically since you were hired. Often, people take on significantly more responsibility, but only experience minor, incremental pay increases. Over time, they end up doing very high-level work for a salary that is not commensurate. Hiring someone new to do this same work would cost your company a lot more, just as you doing this work somewhere else would provide a lot more. Negotiating a higher starting salary at a new company is often easier than negotiating a major leap in salary with the current one.

Finally, it’s worthwhile noting that everyone should be leery of financial promises. All too often, people tell me they have advocated for a raise (and undoubtedly deserve it) and they’ve been assured it’s coming…in the future. Some have been waiting for years.

Such promises are empty words, and frankly, I find this kind of thing insulting. Yes, it can take time to get financial decisions fully approved and “through the system,” but it’s not acceptable to string people along indefinitely on vague assurances.

No matter how emphatic a promise is, remember that it’s not real until you see it on your paycheck. Don’t turn down other opportunities based on words that never seem to amount to anything concrete.

Of course, salary isn’t everything so take this information with a grain of salt. Loyalty may not always pay off financially, but it can pay off in other ways. The long-term relationships you develop can certainly be beneficial, and it’s a lot less stressful to stay put. If your current employer supports the lifestyle you want, and if you’re generally happy there, the risk of changing jobs may not be worth the potential salary bump.

Career decisions are always very personal; only you know what is right for you. But it’s always smart to understand the consequences of your choices and make decisions with a full knowledge of what’s happening in the broader market.