How to Deal with Employment Gaps in Your Resume 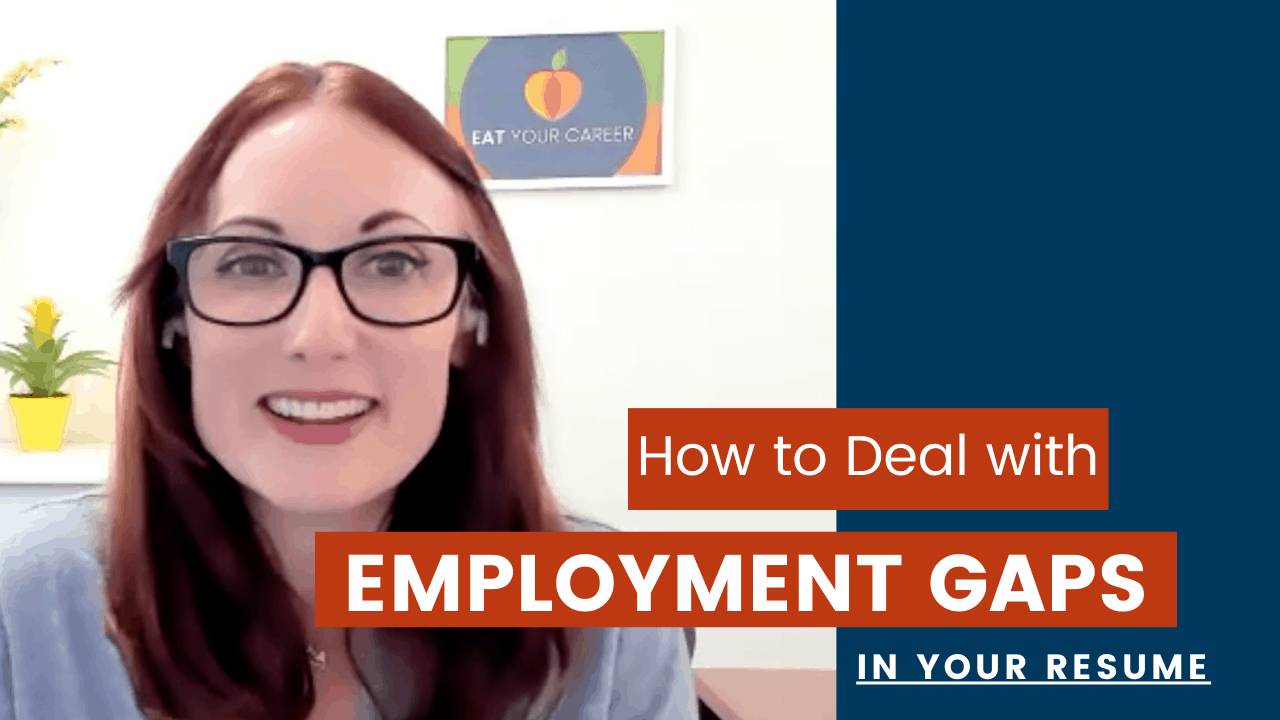 This video is an excerpt from a live Q&A session with Chrissy Scivicque, Career Coach & Corporate Trainer. The full video is available in the Career Success Library.

A participant in our recent Q&A session asked:

“CVs (or resumes) are often rejected by recruiters for having career gaps. Can you suggest a way of avoiding rejection for this reason?”

Watch the video to hear Chrissy’s answer. The article below summarizes the video content.

“CVs (or resumes) are often times rejected by recruiters for having career gaps. Can you suggest a way of avoiding my CV or resume being rejected for this reason?”

First off, this is becoming an older kind of trend. I think that the more forward-looking recruiters and hiring managers understand employment gaps a lot more now than they ever did in the past. And I think that this has been changing since about 2008, which was when we had the great recession. There was a huge economic drop that happened here in the United States and that led to a lot of job loss. People had employment gaps around that 2008-2009 time period. So, it became very standard that recruiters and hiring managers understood that happened.

Now with COVID, we certainly are going to see employment gaps once again! Recruiters and hiring managers understand that things happen that are outside of the control of the employee all the time. Global events can impact employment, and a person’s employment history. Whether or not they have a gap in that history oftentimes says nothing about the employee, about their loyalty, or about their work ethic. It really is more about life events that have happened. So I don’t think it is as common these days, that people are just flat out rejecting off the bat because of an employment gap.

That being said, let’s talk about how to deal with it if you do have an employment gap. The first thing that people want to turn to is a different format for the resume, to make it less obvious that there is an employment gap. A functional resume is one way that has been recommended in the past for this.

You also can’t just invent something to fill that gap. Right? That’s not appropriate; you should not be lying on your resume. If you find yourself in the future, in a situation where you’re in a transition, and you have a period of unemployment, something you can do to benefit yourself is to take on some consulting work, do some side projects, start a side business, etc. Do something with that period of time that you can put on your resume. Just keep that in mind for the future should you find yourself in a gap time time period.

The other thing you can do is specifically address the gap in your cover letter. You can say something like, “I had this two year period where I took some time away from the workforce to care for my ailing mother; that is no longer a situation that requires my attention. So now I’m looking to get back into the workforce full time.” Quickly addressing the situation will put their mind at ease. You can certainly do that in the cover letter.

Lastly, I would say that anytime you have anything that might be considered a red flag for recruiters or hiring managers, the number one thing you can do to support yourself is to get a warm introduction into the organization or with the recruiter. If they have someone that they trust saying something like, “You should look at Chrissy! Chrissy is a great employee! Chrissy would be perfect for this role over at your company!” They’re not going to care about whatever sort of employment gap you have because that person’s recommendation speaks volumes louder than any potential gap that could cause concern.