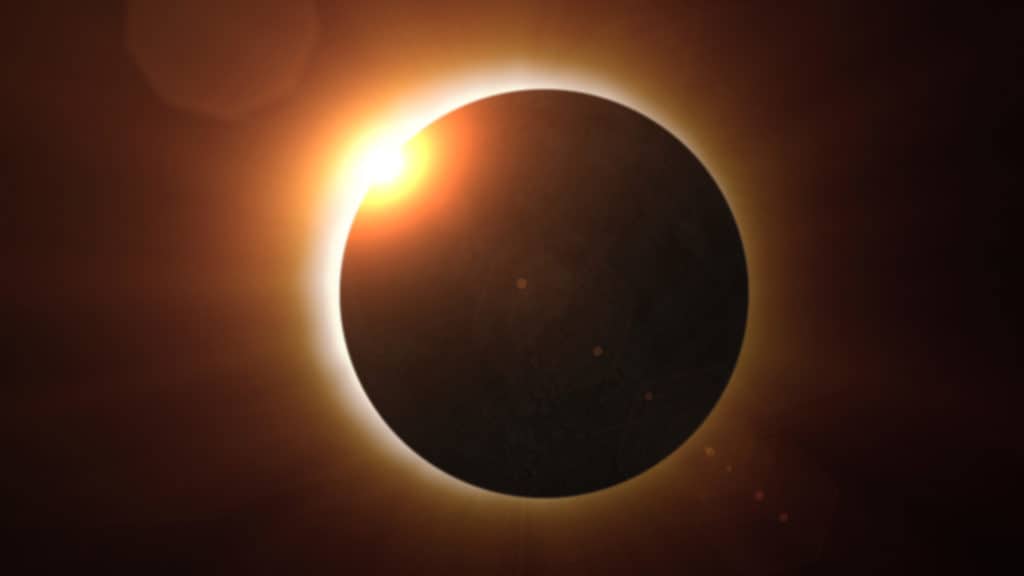 Those of you who have read my blog for a while know that I’m always looking for career lessons in the strangest of places.

This past Monday, I found a few in the sky.

Here in the U.S., we experienced our first total eclipse of the sun since the 1970’s. It was quite a sensation, as the “path of totality” spread all the way across the country. Enormous groups of eclipse enthusiasts gathered at various points along the way to appreciate the rare phenomenon.

I must admit: I’m not especially knowledgeable about this sort of thing. But when I first heard about it (a few months ago), I got really excited. I’m a sucker for anything that’s called “a once-in-a-lifetime” event. So, like many others, I found myself fully engrossed in the celestial spectacle.

This is what I learned about career success from my 2017 solar eclipse experience.

I live in Denver and, sadly, we are a few hundred miles off the path of totality. So, we got a partial eclipse with about 90% of the sun obscured by the moon. Now, from what I understand, the difference between a full eclipse and a partial eclipse (even at 90%) is pretty extreme. My first inclination was to hop in the car and drive to someplace like Casper, Wyoming a few hours away and along the path of totality.

That was a few months ago. Little did I know that astronomy buffs had been planning for this for years. Consequently, the few hotels that still had availability were astronomically priced. Plus, when I heard about the size of the crowds expected to congregate in these very small cities along the path, I realized how incredibly chaotic the situation would be. I wasn’t that dedicated to the cause, so I decided to settle for 90%.

Once I decided to stay in Denver for the event, I realized I would still need those special glasses everyone was talking about—the ones that prevent you from going blind while staring at the sun. Intellectually, I knew I needed them…and yet, I never actually bought them. The day before the big event, I finally decided to get a move on and, by then, they were nowhere to be found! The real eclipse enthusiasts had snatched them up!

Thankfully, I had a back-up plan. The Internet was full of options for procrastinators like me. My father had a welding mask (which works just as well as the glasses) and my mother, being the crafty person she is, created a pinhole viewer from a cereal box. Crisis averted! We were able to see the eclipse clear as can be.

The career lesson: Don’t wait until the last minute! Create a plan before you need one. Be prepared to seize opportunities when they arise. And always have a back-up plan just in case. Use the resources at your disposal to get creative. Sometimes, you have to make do with what you’ve got.

Our cavemen ancestors probably thought the world was coming to an end when they saw the sun suddenly go black for two minutes. Thankfully these days, we have enough knowledge to understand what’s happening. But it’s still a super strange event. Watching the full eclipse happen in video replays feels almost surreal.

The career lesson: Incredibly rare, highly unusual things happen from time to time. If you’ve convinced yourself that a career dream you have is impossible, think again. Sure, it might be a long-shot. But “once-in-a-lifetime” events do happen…at least once.

NBC news said the solar eclipse cost the U.S. $700 Million in lost productivity, and I believe it. Personally, I took most of Monday morning off. Everyone I talked to spent at least some portion of the day outside staring at the sky—not getting work done. And you know what? Businesses didn’t collapse. The U.S. economy didn’t come to a screeching halt. We survived.

You know what else? We gained inspiration. An enormous portion of the population gathered together to witness nature’s splendor. We gazed at the heavens, eyes protected, and marveled at the sight. We smiled and gasped and ooh’ed and ahh’ed.

We were reminded, ever so briefly, of our incredibly small place in this majestic universe. That’s well worth $700 Million in my eyes.

The career lesson: It’s not all about the numbers and efficiency. We can run ourselves ragged focusing solely on the goals and metrics and key performance indicators. Sometimes, you have to pause and step back. Look at where you are and appreciate it for what it is. Remind yourself that cool things are happening all around you every day. Breathe and recalibrate. It’s worth a little lost productivity to gain inspiration.