Career Lessons From My Dad 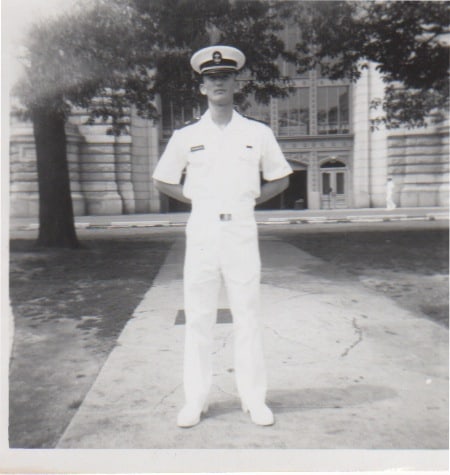 For Mother’s Day last month, I wrote a special blog post honoring the career wisdom handed down to me from my dear mom. It seems only fitting then that I do the same for my father this month, in recognition of Dad’s Day.

While being very compatible (and happily married for over 30-something years), my mother and father are also just about as different as two human beings can be. Professionally, they have nearly nothing in common. But they’ve both provided solid career advice throughout my life, and the two different perspectives have served me well.

So, without further ado, I give you the career lessons I learned from my father.

First, let me brag a little bit: My father has a pretty amazing professional background. A graduate of the U.S. Naval Academy, he spent the early part of his career in military service. Probably the most impressive fun fact is that he was in the real-life Top Gun (Navy Fighter Weapons School), meaning he’s had some pretty crazy training. But the real kicker is that he spent a portion of his career as a test pilot, which is (as I understand it) about as challenging and risky a role you can have in peacetime. Think about it: You’re role as a test pilot is to TEST AIRCRAFT. Failure is not a viable option for the pilot. You have to remain calm and levelheaded under extreme pressure. And you have to be able to face your fear head-on, over and over again.

Most of us are fortunate enough not to have a career path that could possibly endanger our lives. But we still encounter fear, don’t we? A lot of it, in fact! Here’s what I learned from my father about facing fear: You just need to do it, plain and simple. When you let fear stop you, you open the door to regret. You have to trust and believe in your own capabilities. That doesn’t mean taking stupid risks, of course. But recognize that fear is an inevitable consequence of learning and growth, and without it, you’re doomed to stand still.

Some of you may remember a blog post I wrote a while back where I spoke of a situation where fear almost got the best of me. During that time, right when I was ready to let fear hold me back from my career dreams, I got an email from my dad. It was short and straightforward. It basically said something like this: Don’t give in to fear. You’ll regret it.

I didn’t ever respond back to that email because, truth be told, I was emotional at the time and those tough words were hard to swallow. But in the end, I followed his advice and I’m glad I did. I know I can always trust my dad to tell me things I don’t necessarily want to hear, but need to hear.

My father retired as a Lieutenant Colonel after 20 years of active duty. And ya know what? That was only the beginning of his career. After that, he spent 18 years as a commercial airline pilot and retired as a Boeing 737 Captain.

And so we move on to our next lesson…

Being a commercial airline pilot meant my dad was away from home a lot. However, looking back at my childhood and teenage years, I never felt deprived by his absence. We used to say that his being gone made his time at home even more special. It’s really all about being present. It’s not a matter of time on the clock; it’s what you do with the time you have. When you’re at home, are you really “there”?

My father was lucky in that his work wasn’t the kind that followed him home. Not all of us are so fortunate. But we can take a lesson from this all the same. Don’t stress about the time you have or don’t have. When you’re at work, give it everything you’ve got. Likewise, when you’re at home, really BE at home. Don’t drag your workplace worries into your family time.

Make the time you have, however much that is, matter—even in small ways. As a child, a trip to Costco with my dad was just about as good as life could get. Quality time can be found anywhere, anytime.

Create an identity for yourself outside of work.

Now, I don’t want to give you the wrong idea here. My father’s an impressive fellow but he’s also seen his fair share of struggles. This one is a lesson he learned the hard way. You see, Dad was and will always be a pilot. That’s an identity that becomes a part of you and it’s hard to let go of after so many years.

So you can imagine that retirement created a little bit of a stir for my father. He was suddenly faced with the question of, “Who am I now?” and he had some exploration to do.

We are all at risk of identifying perhaps a little too deeply with our work. Yes, work is what we do and it’s part of who we are. But it’s only one part. We are so much more than our career path. Life offers so much more and we should be taking advantage of it.

I know I’m guilty of this. My business sometimes feels like my baby—a physical extension of my being. If I’m not careful, I can dedicate every waking minute to this project. But that’s not healthy. I have to remind myself that I need to hone my “outside of work” identity too…My identity as a friend, a mentor, a girlfriend, a poet, a lover of travel, a yoga enthusiast, a dog owner, a budding fiction writer, a lover of food, a daughter, a sister, an aunt, a student, an avid reader, and so much more.

My father has discovered new worlds of adventure in his retirement and, I believe, new aspects of his personality as well. He’ll always be a pilot. But these days, he doesn’t fly. He’s way too busy for that!!!

Take your work seriously and be good at it.

The last line of my father’s professional bio reads: “He has attained over 15,000 hours operating high performance jets in over 35 years of accident/incident free flying.”

Now that’s someone who takes his work seriously and is damn good at what he does. Sure, there’s an element of luck in there too. Pilots who experience accidents and incidents aren’t necessarily “bad” at what they do. But this is someone who has dedicated a significant portion of his life to becoming a master at his craft.

Author Malcolm Gladwell posits that it takes 10,000 hours of practice at something to become an expert. My father is, without a doubt, an expert at flying planes. And he taught me that there is great joy to be had in this kind of discipline and focus. Taking your work seriously doesn’t mean it can’t be fun too. But you have to put in the time and energy needed to actually become good at it. That part isn’t always fun and it certainly isn’t always easy.

No matter what your job entails, take pride in what you do and how you do it. Hone your skills. Strive for excellence. Become a master at your craft.

For me, that’s the best reward there is.