Decision vs. Action: A Key Distinction for Success 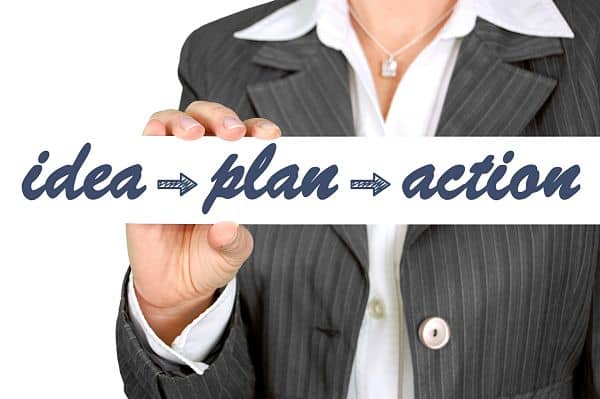 I have a question for you: Three frogs are sitting on a log and one decides to jump off. How many frogs are left?

If you answered two, you’re wrong, but don’t sweat it. Most people fall for it.

Here’s the thing: One frog decided to jump off the log, but that doesn’t mean he necessarily did anything about it.

Decision is not the same thing as action. We often confuse it as such, but deciding to become a millionaire is entirely different from actually doing what it takes to make it happen.

I’ve been fascinated with the simple idea of “action” for a little while now. It’s funny how much time and energy we can spend on everything else (brainstorming, research, evaluation, analysis, decision-making, etc.), when, in reality, action is the most essential part of any quest. Without it, we’re left marinating in our own mental juices thinking we’ve gotten somewhere when really we haven’t.

Decision-making, on the other hand, gets most of the glory. We proclaim with great pride: “I’ve made a decision!” as if it’s some kind of enormous feat. But on its own, a decision only goes so far.

Think about it. How many times have you heard things like this (or perhaps even said them yourself) only to find that the decision isn’t backed by any sincere action?

All are noble decisions to come to and I’m not discounting the process it takes to get there. But, once the decision is reached, it’s just the beginning.

Deciding to do something doesn’t make it happen. It doesn’t automatically equip you with everything you need for success.

Once the decision is made, that’s when the real work comes in—the reprioritization of resources, the dedication of time, the intelligent risk-taking, the unshakable commitment to the decision.

We don’t always know the right action to see our decision come to fruition. All too often, we make a mild attempt at action only to find it’s not what we thought it would be. And the decision we so labored to reach goes to waste. We become the frog who made the decision to jump, dipped his toe over the side, but never took the leap.

Believe me I know. I decided a long time ago that I was going to write a book. And guess what? That decision didn’t make me a published author. It’s only been in the past six months or so that I’ve taken the action to make it happen. It’s slow going, I assure you. But I now feel like I’m getting somewhere.

It worthwhile mentioning here too that sometimes, once the action starts, you realize the decision isn’t what you want any longer. And that’s okay. Maybe our little frog really loves his log. Maybe he takes the leap and decides it’s just not for him. Once again, that decision (on its own) accomplishes nothing. He now has to take action to rectify the situation.

I know it’s hard to make decisions about life and work. We pour a lot of time and mental energy into the process. But don’t let that fool you.

Let any decision be your jumping off point—your catalyst for action.

What decision have you made that you’re committed to taking action on? Share with us in the comments if you’re so inclined. I personally find it’s always motivating to know I’m not alone. Maybe you will too.