The Sacred Process of Growth 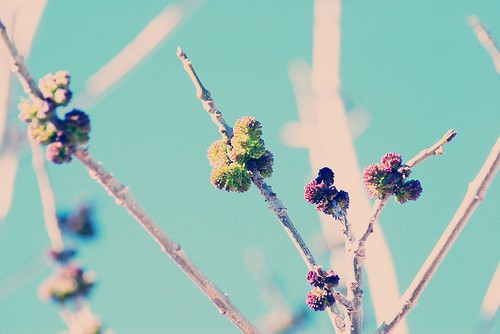 I was ready to quit.

I had my email message all typed up. Yes, I was going to cancel via email. That’s how unprofessional I was ready to be. I was in full-blown meltdown mode. There was no way I could manage a call at this rate.

I had just gotten off the phone with one of my mentors. I had told her about the big training event I had been asked to host. The biggest in my career, offering the biggest paycheck my little business had seen. I had told her about my complete and utter crisis of confidence. We had talked about my belief that I didn’t really deserve the gig, that I wasn’t ready for this kind of challenge and that, in the end, I would fail and be seen as nothing but a fraud. An imposter. A joke.

Like I said: I was in full-blown meltdown mode.

So I typed up the email. It was a vague excuse of why I couldn’t go forward as planned. It was short. Simple. A eulogy for the career I once wanted and the professional I hoped to have been.

So I did. I crawled into bed at 3pm in the afternoon and went to sleep. I woke up at 7am the next morning feeling…better. Not great, but not exactly ready to quit either.

I checked my email to make sure the message didn’t spontaneously send itself in the night.

It hadn’t. It was still there, sitting in the drafts folder, staring at me, challenging me to make a decision.

I didn’t delete it.

I left it in there, ready to go at any moment, like an emergency “eject” button should the plane go down.

But I found my wings. I started flying again. Not exactly a jet engine but a tentative young bird, flapping with great effort and precision.

I prepped for the event late into the night. I even felt myself starting to get excited.

But I didn’t delete the email.

I slept on it again. The next morning, I felt…good. Not great, but the meltdown had officially passed.

I prepped more. I flapped my baby bird wings as hard as I could muster, and I felt myself breathing again—deep, solid breaths that meant I was going to be okay.

But I didn’t delete the email.

And ya know what? I killed it.

All the drama, all the fear, all the waffling and I knocked that sucker outta the park.

I called my mom on the drive home. I cried as I told her all the wonderful things the attendees had said, all the hugs they gave me, all the lives I had changed with my work.

I had almost let fear win.

Later, I relayed the story to my mentor via email and she said, “This is what growth looks like. It’s messy and painful and sacred.”

Sacred. That’s an interesting word to use for it. If you switch around the letters of “sacred” it becomes “scared”.

A part of me is scared still, just writing about this. The process of breaking down and breaking through happens over and over throughout life, and yet, it never seems to get any easier.

“When will it happen again?” I worry.

But more importantly, what will be on the other side of that next meltdown? What sacred growth will take place? That’s where I want to keep my focus. In that hopeful place.

I look back on my career before this event and I know—I KNOW, without a shadow of a doubt—that had I cancelled, I would not be where I am today. I see it as a turning point, a fork in the road where I made a choice to take the path I really, really wanted, even though it was dark and hazardous and, yes, scary.

By the way, I did eventually delete the cancellation email, but it wasn’t right away. I let it sit there, in my drafts folder, for a week or so after the event. I’m not sure why.

Maybe as a happy reminder that I didn’t give in. Like someone who’s lost 100 pounds looks at a cheeseburger and says, “Oh, hell no!” It gave me a sense of pride to know that giving up was only one click away and I resisted.

I didn’t need that ejection seat after all. But it sure was nice to know it was there.