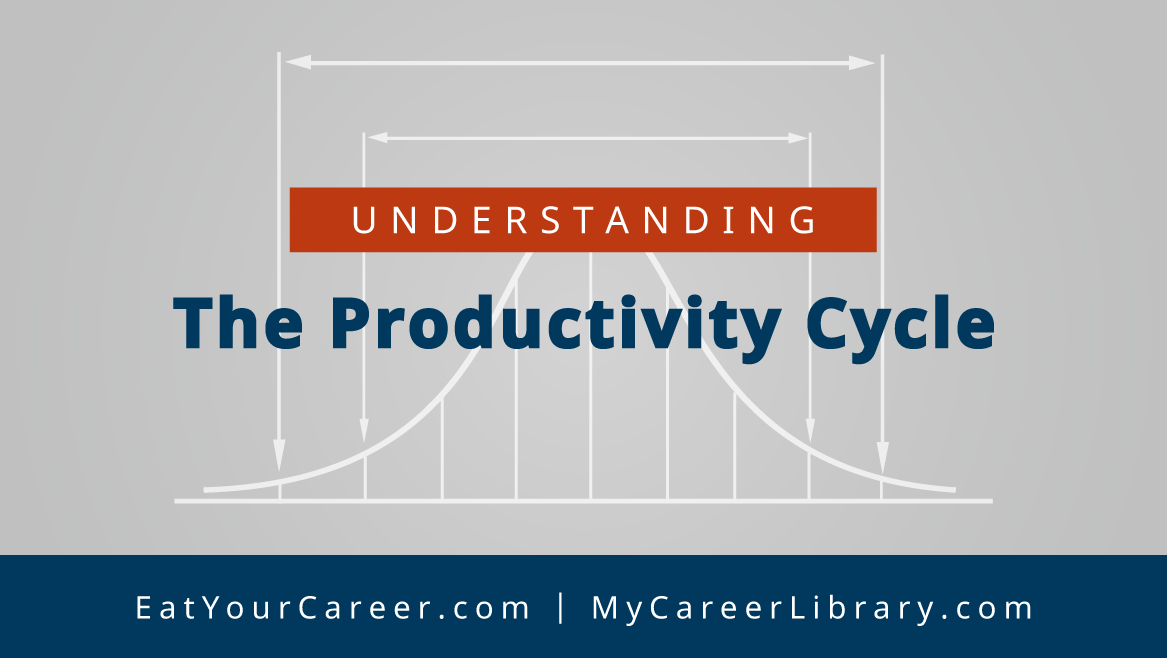 In today’s ultra-busy workplace, many professionals harbor the unhealthy and unrealistic belief that they’re supposed to be ultra-productive 100% of the time.

I hate to break it to you, but it’s just not possible.

Unfortunately, I still fall victim to this self-deception regularly. When it happens, I have to consciously remind myself that it’s futile. Human beings were not made to be productive 100% of the time.

In fact, I’ve come to believe that there’s a predictable 3-stage productivity cycle that takes place for everyone.

This first stage kicks off the cycle. It happens when you’re really jazzed about something—an upcoming project or a big goal—and you dive head first into the planning process. You map out the steps and define exactly what you’re going to do and when. This stage is vital for gaining clarity and preventing wasted time down the road.

Some people move through this stage quickly, and perhaps do all of their organizing mentally.

Others, like me, prefer to linger here, diving deep into the details and committing plans to paper.

Around the start of a new year, a lot of people spend a lot of time in stage 1; it’s a great way to set yourself up for success. But those of us who love this stage have to be careful not to stay here too long. This kind of work can give you a false sense of accomplishment, but without stage 2, little has actually been achieved.

This next stage is where the rubber meets the road and you start executing on those plans. You do the work. You hit your groove and find your flow. You check things off your list at lightening speed.

Stage 2 is fabulously fun! But it’s also exhausting. No one can sustain this kind of productivity forever. At some point, you just run out of steam. The plans you were so jazzed about no longer seem exciting. The groove you were in starts to feel more like a rut. Your lightning speed slows down and that list starts to grow faster than you can keep up with.

This is the point when most people tell themselves they need to “bite the bullet” and get back to work. They wrongly believe they’ve failed in some way. They start searching for magic potions, quick fix solutions and “hacks” to get back into the productivity zone.

But really, what these people should be doing is recognizing that they’re in stage 3, which is an equally important part of the cycle.

After producing at such a rapid pace, it’s only natural to be tired. You need to take your foot off the gas and allow yourself to coast for a bit. That doesn’t mean you should stop altogether—just give yourself some breathing room. Take the pressure off.

The recovery stage is where you replenish your energy (both physically and mentally). By allowing this to happen, you naturally re-emerge jazzed up and ready to enter the cycle again.

How much time you spend and need in each stage is different for everyone. Some people, myself included, go through these cycles seasonally. January and February, I’m focused on Stage 1. March through May is Stage 2, and in the summer, I’m generally in Stage 3. Towards the end of summer, the cycle starts again, bringing me to Stage 2 in the Fall and culminating in a final recovery stage during the winter holidays.

Some people find themselves in different stages of the cycle simultaneously. Maybe with one aspect of work, you’re in stage 2, while another aspect is in stage 3.

Yet others may find that they experience all three stages within the same day. The cycle is predictable in that all three stages need to happen, but how they happen can look different for everyone.

Problems tend to crop up when we put all of our focus on stage 2—when we want every part of life firing on all cylinders all the time, and we pretend that the other stages aren’t valuable, necessary parts of the process. They are!

In fact, the more you commit to preparing and recovering, the faster you can get back to producing and the more you’re able to produce while you’re there. Ignoring these stages will eventually backfire. They will always force themselves upon you one way or another.

If you want to be proactive, you have to be realistic. Build time into your schedule for preparing and recovering, not just for producing. Give yourself grace and space because you’re not a robot—and because you deserve it. 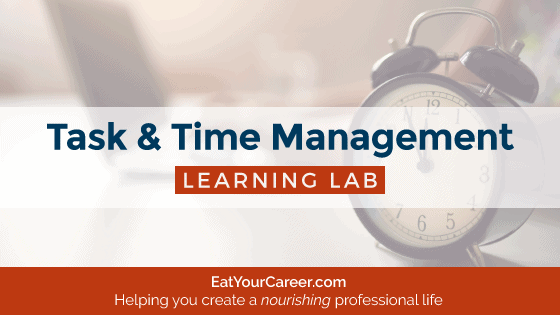 A Learning Lab is a full-day live, interactive, virtual workshop where you learn and work at the same time