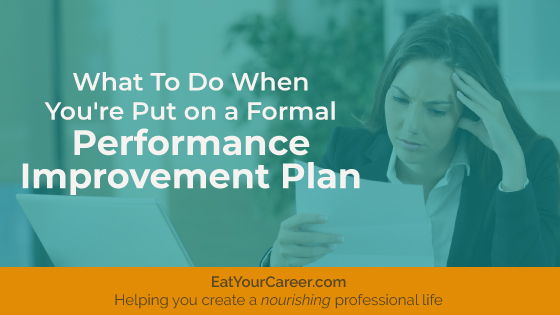 No one goes to work with the intention of performing poorly. Yet, it happens. Quite frequently, I hear from people who have been put on a formal Performance Improvement Plan (or PIP) and they’re wondering how to handle it. The process can be overwhelming and emotional. However, if managed well, a PIP can actually lead to some important personal and professional discoveries. As hard as it is to believe, it can actually be a good thing.

Of course, in order to reap positive benefits from a PIP, you have to approach the situation thoughtfully. Instead of immediately seeing it as the final nail in the coffin of your career, try to see it as a sign that it’s time to pause and re-evaluate. Don’t beat yourself up; remember that these things happen all the time, often to very good people who are trying their best but ultimately falling a little short. Many people do recover and even grow from the situation, and YOU can certainly be one of them.

If you’re looking for some clear no-nonsense steps for what to do when you’re put on a formal Performance Improvement Plan, keep reading.

1. Hopefully, it’s not a surprise

First, before we get to your action plan, it’s important to address this critical point: Hopefully your manager has given you fair warning that this might be coming. A good manager will have given you constructive feedback along the way. He or she will have attempted to steer you in the right direction long before putting you on a PIP.

A Performance Improvement Plan should not come as a complete shock. Most managers see this as a big step, and they understand that there will be a natural emotional response on the part of the employee. They don’t often go into this lightly.

That being said, a PIP is usually one of the final steps before exiting an employee. The manager has (hopefully) offered a lot of support up to this point. But once it’s made formal in this way, the manager is saying, “This is it. You need to make some serious changes or there will be consequences.”

If you are put on a PIP out of the clear blue, you either (1) have a bad manager or (2) have not been paying attention to the signs along the way. Both options are possible, so spend some time in self-reflection to see what you might have missed before placing the blame on your manager.

2. Review the requirements for reasonableness

Once you receive your written PIP, review the requirements that have been stated for reasonableness. What specific improvements have been defined and are those reasonable improvements to be expected of you in the given time period? Are these things you can reasonably achieve given where you are right now? Or, is it an unreasonable leap that is being required?

I know that a lot of you (my blog readers) trust me because I recognize the complexity and nuance of workplace issues like this. So, let me be honest:  Sometimes, a PIP is a means of creating a document trail to eventually terminate the recipient. The manager is not truly interested in seeing the person improve; instead, he or she is just taking the necessary steps to get them removed.

If you look at this document and realize it’s not something you can reasonably achieve or it’s not something you want to try to achieve (which is totally fair), then the better course of action is to sit down with your manager and discuss a voluntary resignation. Basically, you’re saying, “This isn’t going to work for me. Let’s talk about how we can part ways amicably.”

3. Create your plan of attack

Presuming you look at the PIP and believe it contains a fair assessment of your current performance and a reasonable expectation for improvement, it’s time to make a plan. Outline, on paper, exactly what you need to do to reach the stated requirements—take a training class, get a mentor, shadow another employee, etc. Be sure to document your efforts along the way so you can show evidence that you’ve been doing everything in your power to be successful.

I always recommend creating new processes in order to set yourself up for long-term success. Too often, people make improvements during the required window of time stated in the PIP, but then afterwards, they crash because they haven’t created new routines and new habits. Managers are always watching for this. The expectation is that improvements will be permanent. They aren’t going to allow you to slip back into old patterns of behavior without consequence.

4. At the same time, prepare for a job search

If you want to stay in this job at this organization, you need to commit to making the required improvements. At the same time though, you also need to prepare your resume and be ready should you find that your performance doesn’t meet the standards that have been established. You want to be ready to launch a job search and find something that’s going to be a better fit for you. Don’t just focus on the improvement; focus on also being prepared for what may come next—even given your best efforts.

Again, don’t beat yourself up! Some roles are just not the right fit for everyone and that’s perfectly fine. I want you to be realistic with yourself and I also want you to be prepared for whatever happens from here.

5. Do everything in your power to prevent it

Finally, I just want to remind you to do everything in your power to prevent getting to this place. If you start seeing that things just aren’t working and that your performance just isn’t living up to your manager’s expectations, have a conversation and get some clarity about what’s needed early on. Don’t wait to get to this point where a PIP is presented to you.

Be proactive and say, “I’m worried that my performance is not up-to-par here. Are there things I need to work on?” Then, you might be able to control more of the conversation if and when it turns into a more serious situation.

It is my great hope that you never find yourself being put on a formal Performance Improvement Plan. But if it happens, you now know how to handle it in the right way. 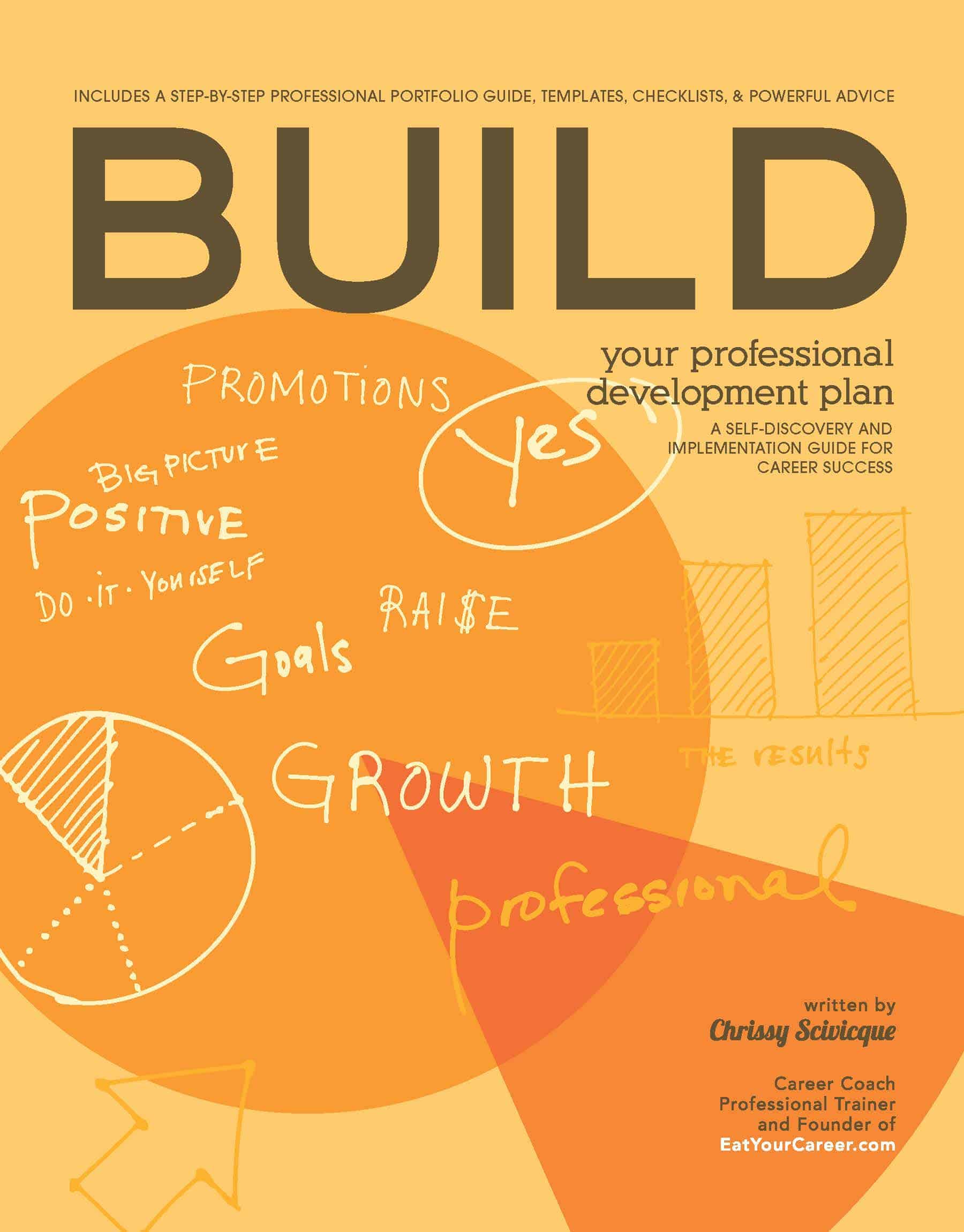 Are You Ready to Create Your PDP?

Learn how to create and implement your own effective, personalized career plan. This workbook contains all the tips, tools, templates and resources you need!